Very little maintenance of the Ryan Dike has been performed since its construction.  Major portions of the top of the dike have eroded away, leaving the dike un-drivable and difficult to inspect. Six major breaches have occurred along the dike, allowing severe erosion to occur upstream and downstream of the breaches.

NCSG performed an inspection of the dike and collected samples from test pits to evaluate the suitability of material sources along the dike for the reconstruction. As part of the work, several remarkable photos of large “pipes” formed by subsurface erosion were taken, one of which is shared here. Remarkably, these pipes were initiated by small size gopher holes! 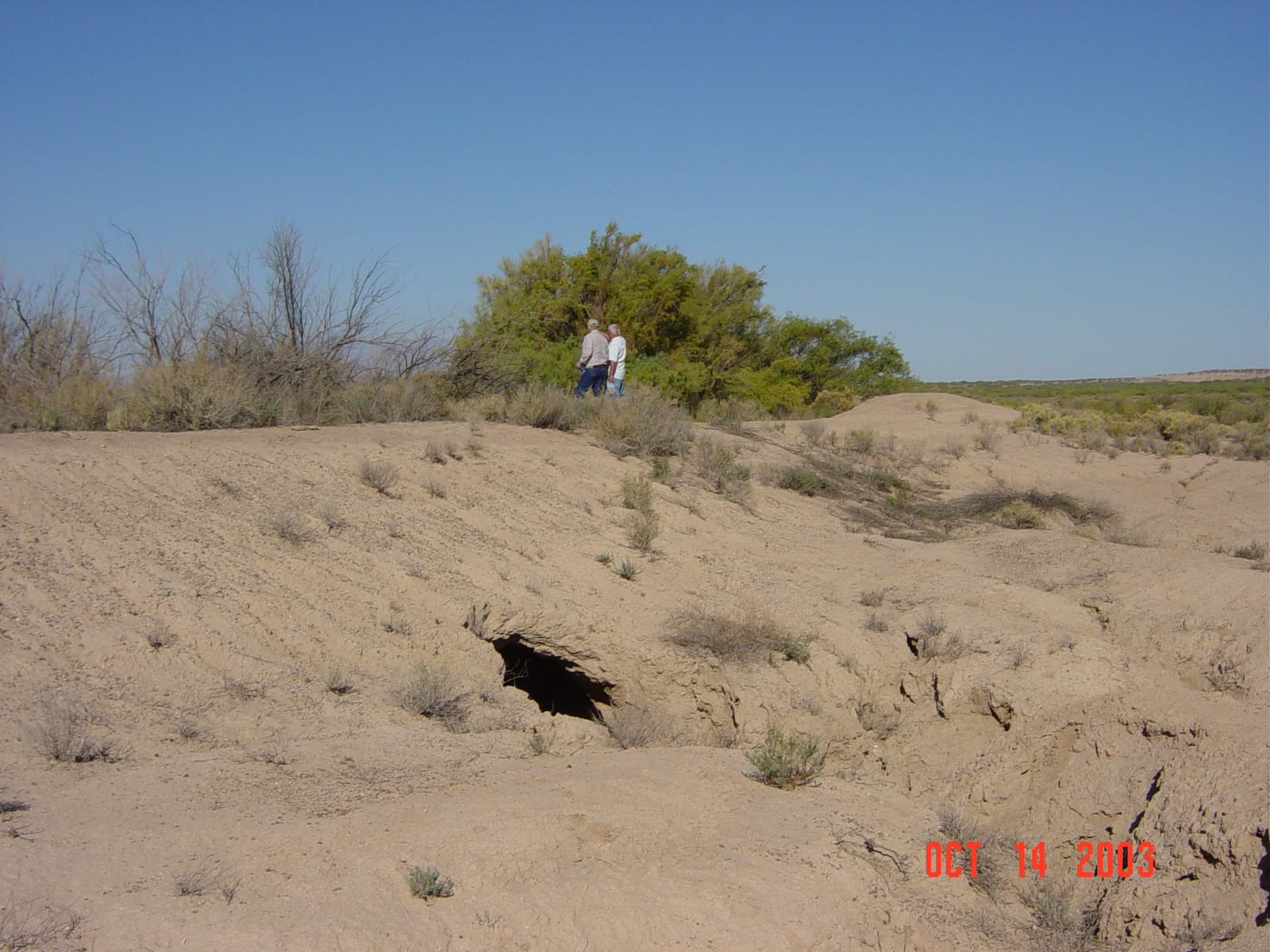 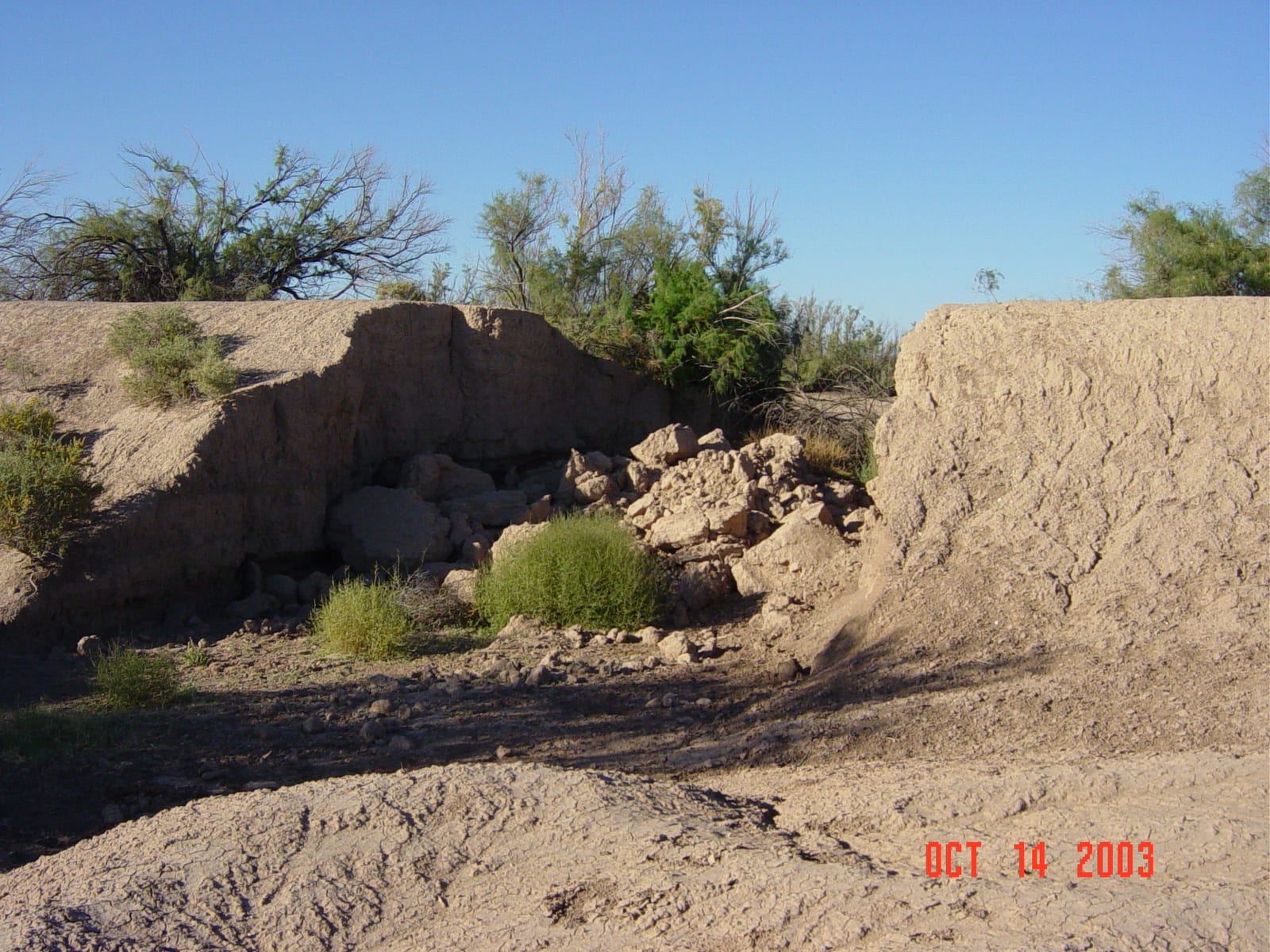 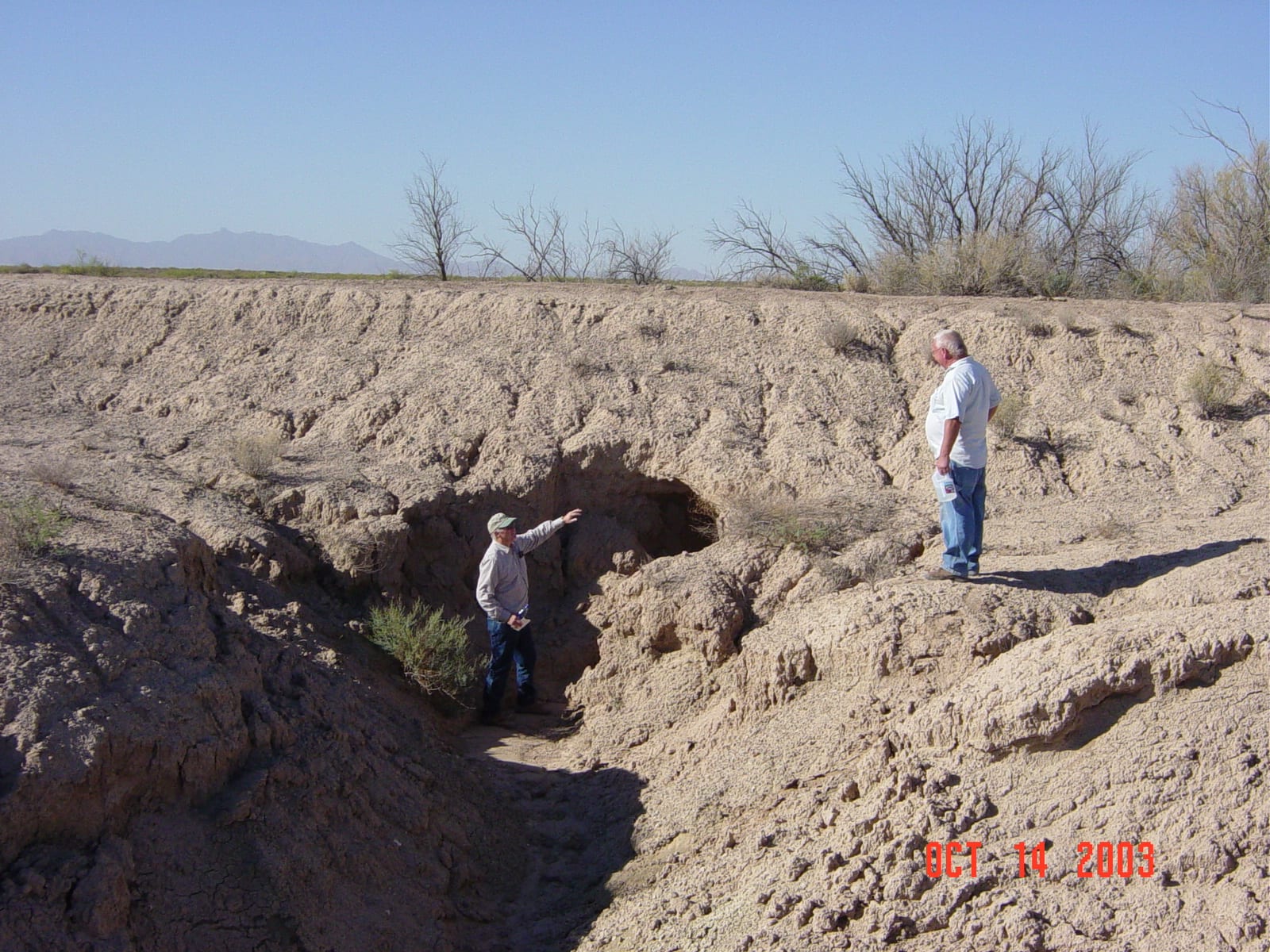 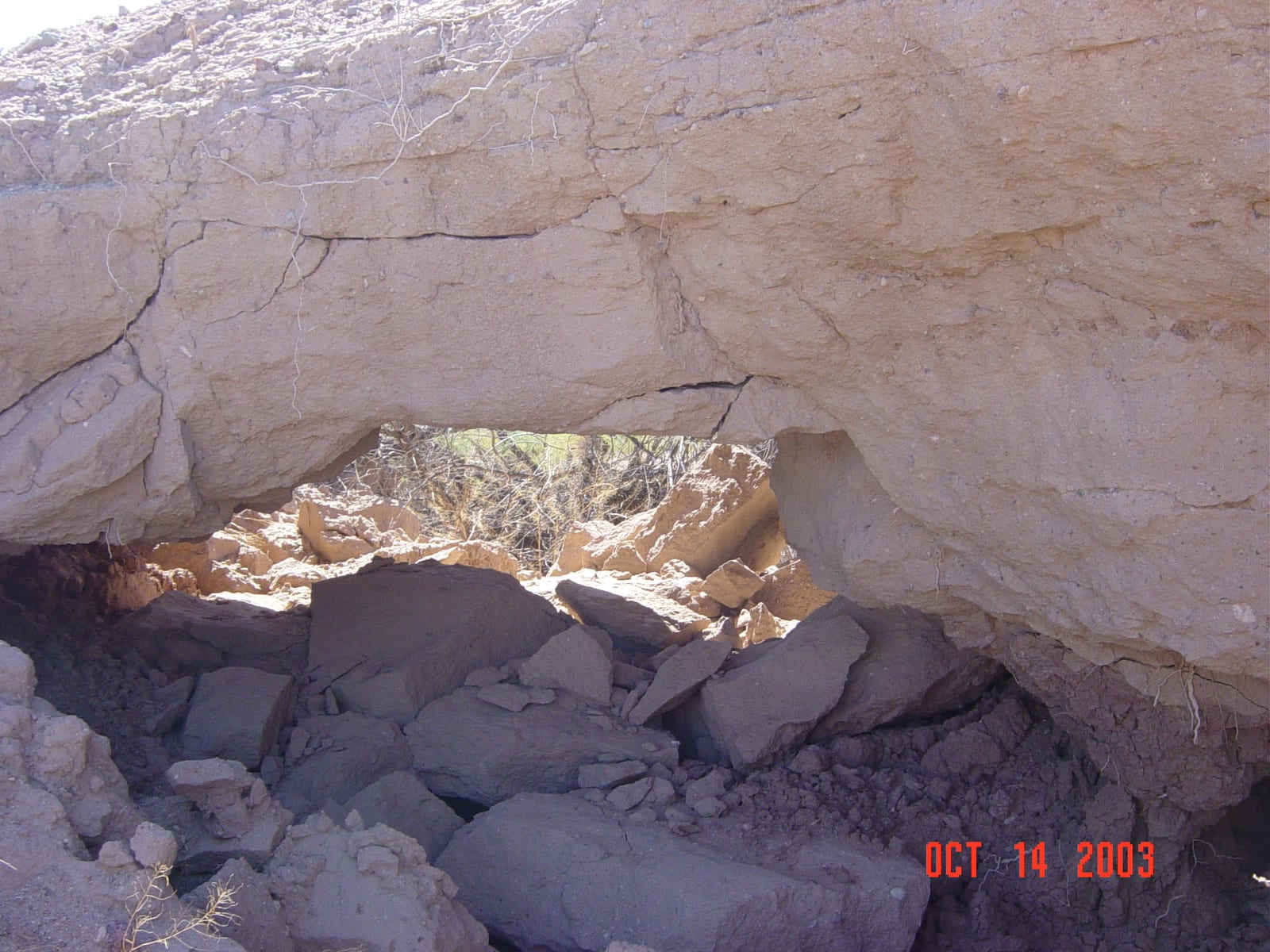