For a concept level study, the University of Arizona (UA) contracted with NCSG to provide geotechnical recommendations for one of the most unique structures that was planned in Tucson or the Southwest. As a centerpiece of Tucson’s extensive Rio Nuevo downtown redevelopment plan, the UA considered development of a Science Center facility that would be integrated with an arch bridge structure.

Coined as “The Rainbow Bridge,” the bridge structure was a bold and innovative sweeping arch that was cable-suspended and blurred the line between a facility and an arch bridge. Suspended from the arch would have been a deck with several levels, including a pedestrian level, and a level containing portions of the Science Center exhibits. There would have been additional facilities associated with the Science Center at both bridge abutments. Components of the Science Center included a butterfly vivarium, 24-hr observatory, unispherium, mineral museum, giant screen theater, cafe and gift shop, and more.

The span of the arch was planned to be approximately 1,200-ft with a maximum height of 350-ft which, would make it one of the tallest structures in Tucson. The arch bridge was planned span both the Santa Cruz River and Interstate 10 (I-10) and connect two major components of the City of Tucson’s Rio Nuevo Project, the Civic Plaza on the east, and the Cultural Plaza on the west. The arch would consist of a triangular truss constructed of tubes.

NCSG performed a field investigation consisting of 18 borings, with some borings up to 150-ft deep at the locations of the arch tube landing points. The foundations for the arch were to be designed for loads of up to 60,000 kN (13,500 kips) vertical and 70,000 kN (15,700 kips) horizontal for each tube. Our geotechnical report provided recommendations for the massive foundations that would be required to support the structure, and included some very detailed analysis. We worked on this concept level effort with the architects at Rafael Viñoly (New York based firm), the structural engineers at Schlaich Bergermann and Partner (Germany based firm), and of course with the UA. Specialty laboratory testing was performed by GeoTesting Express. 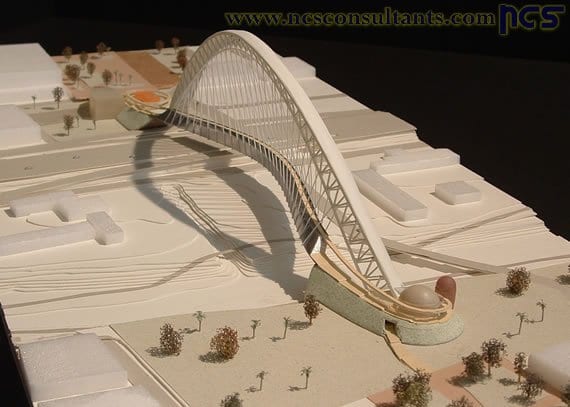 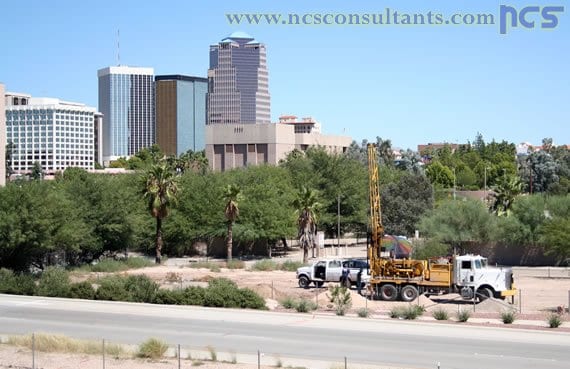 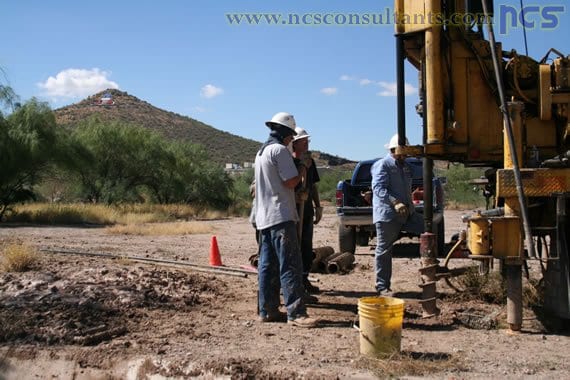 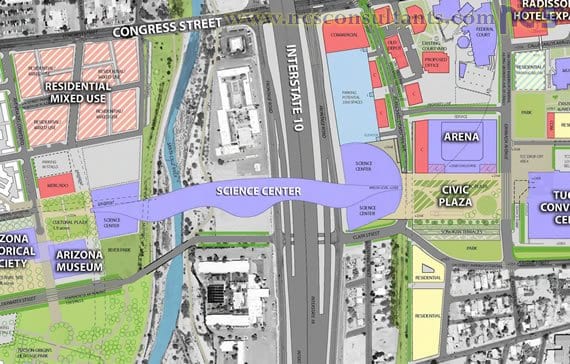 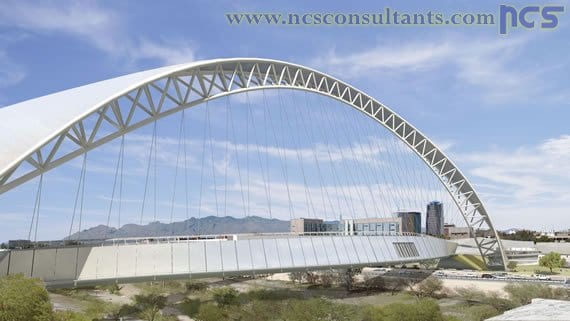